Automated medicine and supply dispensing machines have become ubiquitous throughout North American hospitals. While these machines are revolutionary in terms of managing inventory and controlling access to supplies, they can sometimes fall short when it comes to high risk narcotics and expensive supplies. 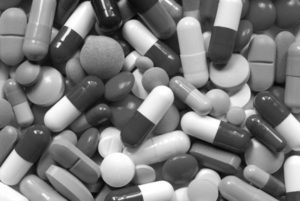 Due to the high level of narcotic theft, I have been asked many times by various hospitals to install cameras to observe these automated dispensing machines. Narcotics sometimes disappear and cannot be accounted for after a shift. When a staff member logs into the dispensing machine, it is not always clear what they are taking. Sometimes they take two medications instead of one. This is especially true when medications are kept in a refrigerator or large drawer. It is sometimes difficult to prove which staff member took what and when and how many. What makes the situation more challenging is that no one likes to accuse a staff member without absolute proof.

To make matters worse, many of these machines have been exploited by hackers. With the right technical knowhow, a hospital worker can reprogram the machine and change inventory amounts to cover thefts and shortages. In the short term, it may not be obvious that there is even a problem until the pharmacy audits their inventory and realizes the numbers do not add up.

Enter the surveillance camera. Today’s surveillance cameras can record video at higher resolutions than today’s best 4K TVs. Because these cameras are so good, they can read a label from across the room.  The days of blurry faces and static filled pictures are behind us. By adding surveillance cameras to the dispensing system, hospitals can stop a theft problem in its tracks. First, by having a camera mounted above the machine, staff will be discouraged from trying to steal medicines and supplies because they understand that their actions are being watched and recorded by the hospital administration.

If medicine does go missing, these staff members will realize it will be much easier to spot the theft by reviewing the camera video. So, the cameras themselves become a deterrent and if a theft does occur, the hospital administration has access to tools they can use to discover the perpetrator.

Another solution to stop thieves is called Machine Learning.  What does that mean exactly? Imagine an artificial intelligence that can monitor cameras and understand what it sees. It knows what a person looks like, or an animal, and the differences between them. This artificial intelligence can also read anything it can see, like writing on trucks, T-shirts, signs, and license plates. Some of these products can even tell the difference between vehicles and their makes and models. Such a software system would give its users instant access to any relevant video in its database. Using natural language input, one could type into the software, “show me everyone that took medication today from 6AM till now” and instantly preview a list of video clips showing employees, their faces, and the medication label they took.

What’s amazing is that this technology exists today and could be used in a hospital setting. Hospital security departments now have a way to easily sift through video data quickly and no longer need to sit in front of a video recorder looking through hours of video to find the right clip. What was once a timely and laborious process has been reduced to mere millisecond.

Just as criminals develop better ways to steal and take advantage of their victims, hospitals need to develop and use new technology solutions to protect themselves. Surveillance is starting to see impressive improvements in video analytics, machine learning, and video resolutions. This all adds up to an ever-increasing number of effective tools to be used against criminals when needed.